Sydney was determined to deliver a standout experience for New Year's Eve with a show that was about much more than the fireworks, thanks to TDC.

It sometimes seems as if New Year’s Eve has become a competition in which cities worldwide strive to deliver the most compelling, most captivating midnight show. As ever, the city of Sydney was determined to deliver a standout experience with a show that was about much more than the fireworks, thanks to TDC – Technical Direction Company. 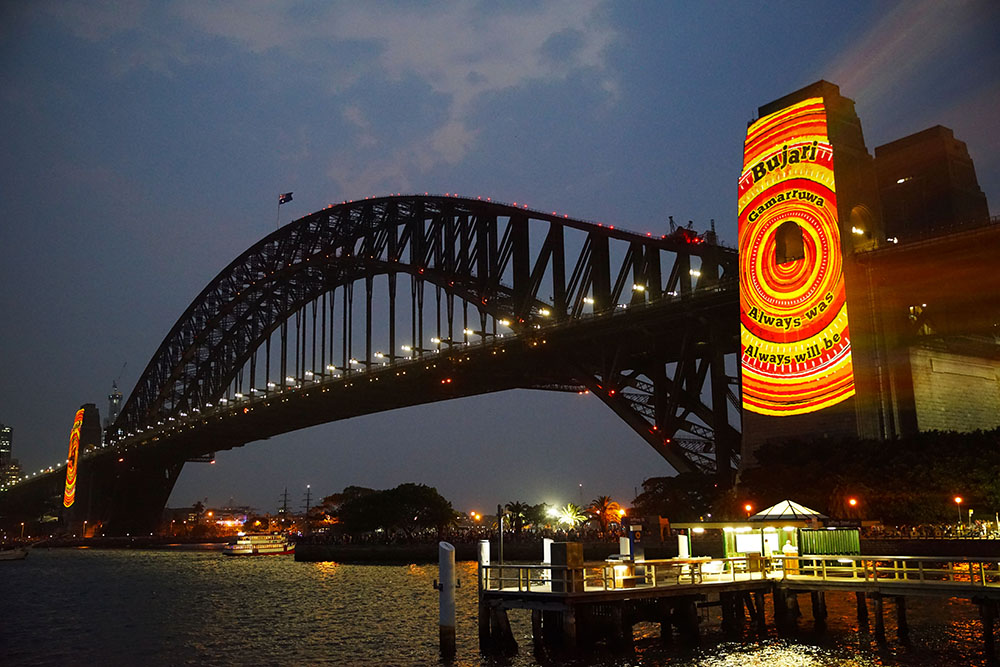 It wasn’t just the projection, we designed everything from the content templates for the animations through the 3D models to the control system.

TDC was commissioned to design, deliver, install and operate a projection spectacular, with a focus on the sandstone pylons of the iconic Sydney Harbour Bridge.

“It wasn’t just the projection,” says TDC’s Steve Cain, who is head engineer and media server specialist. “We designed everything from the content templates for the animations through the 3D models to the control system.”

TDC has worked on the Sydney New Year’s Eve spectacular for a number of years, and Steve was as anxious as the city to put on something bigger and better than ever before. He worked with colleagues Geraldine Shine, director brand strategy and Anthony Pellizzari, technical project manager at TDC from concept to completion.

One area of focus was to deliver even more vibrant colours at even higher levels of brightness. To achieve this, he took the unusual step of specifying two different projectors to leverage the unique strengths of each.

“I chose Barco UDX 4K32 projectors for their incredible capability to deliver the primary colours – red, green and blue – with stunning contrast and black levels,” he explains. “Then, I overlay blended them with Barco HDF W26K projectors because they deliver amazing punch and really excel in the secondary colours – cyan, magenta and yellow.”

The result, according to Steve, was a truly stunning, very impressive representation of the whole colour spectrum, delivered from a network of projection towers .

“It even kept up with the tonnes of pyrotechnics going off around it,” he laughs.

No less important in the design of the project was the control system – which needed to be not only incredibly powerful, but also include the flexibility to make on-the-fly changes should the well-laid plans need to change for any reason. Steve chose eight disguise media servers as slave units – a combination of 4x4pros and Gx2s delivering a total of 80 DVI outputs and home to almost 3,000 projection cues. 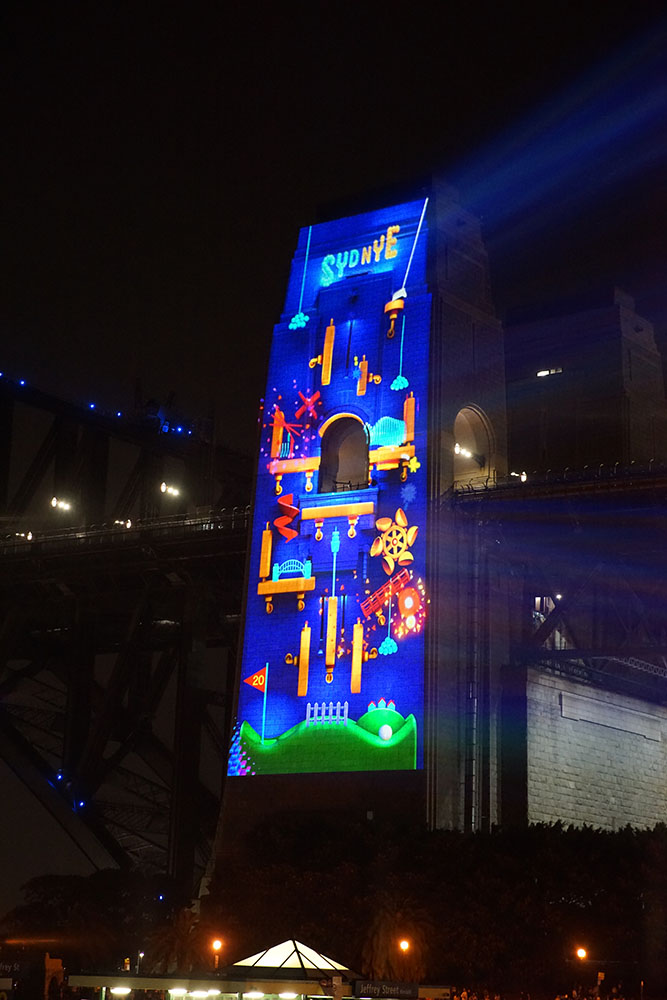 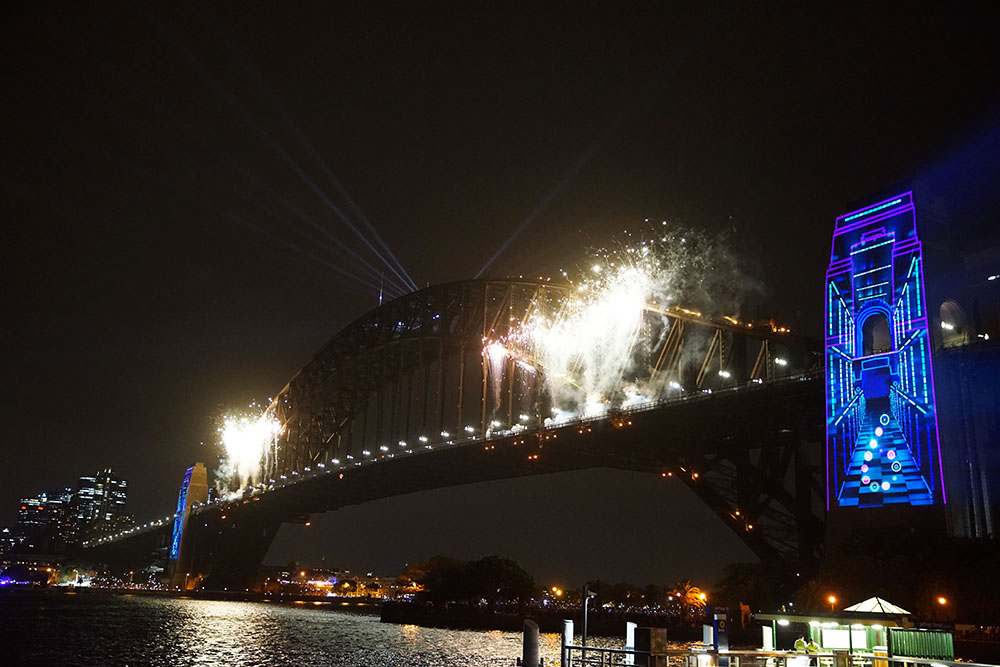 It’s fair to say that the city of Sydney authorities were delighted with what we achieved.

These servers were scattered around the city at either side and end of the Sydney Harbour Bridge, and linked back to the event control room on the other side of the city via a sophisticated city-wide ‘dark fibre’ network. The control room housed two additional disguise servers, operating as masters.

“As always, it was all about meticulous pre-show preparation and planning,” notes Steve. “For such a high profile event, we had to ensure absolutely nothing could go wrong, so the entire system had extensive fail-safe built into it – even allowing for the highly unlikely failure of the fibre network.”

“It’s fair to say that the city of Sydney authorities were delighted with what we achieved,” he concludes.

And: it wasn’t just the authorities. TDC’s efforts – along with the fireworks, of course – were greatly appreciated by the million Sydneysiders who turned out to see the city’s most spectacular New Year’s Eve event ever – with a billion and more watching around the world.